Arneis is a white wine grape variety from Italy's much-respected Piedmont wine region. In a story shared by several renascent grape varieties (most obviously Viognier), Arneis has been rescued from the verge of extinction and is now enjoying something of a revival.

By the 1960s, just a few hectares of Arneis vines remained, and only a handful of producers were making the wine. There are now more than 605 hectares (1500 acres) of Arneis vines in Piedmont, and small quantities are also grown in California, Australia and New Zealand. 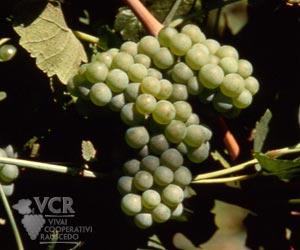 In the past couple of decades, Arneis has become synonymous with the wines of Roero (despite the district producing a fair quantity of red Nebbiolo). There, it produces floral-scented white wines, whose delicate aromas belie the wines' relatively full bodies and generous flavors – typically of pear and apricot rounded out with a creamy hint of hazelnut.